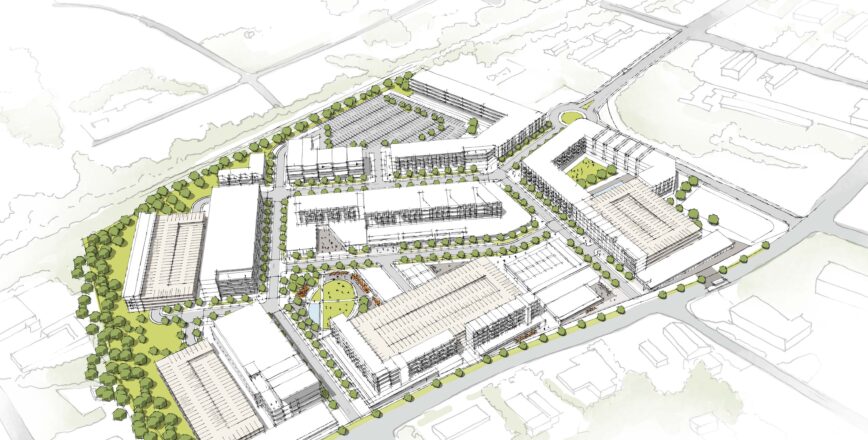 Local businessmen Tom Corcoran and Jim Maddox are eyeing a 33-acre site in Madison for a mixed-use development to include retail, mid-rise office, entertainment, restaurant and multi-family housing.

Via The Corcoran-Maddox Companies, the two are hoping to have the former Madison Square Shopping Center rezoned to accommodate the planned project, according to a release. A spring 2019 start is projected.

Corcoran and Maddox see the site (pictured) as offering an opportunity to be reinvented in a significant way, much like, according to the release, parts of Antioch, Germantown, 12South, Green Hills and The Nations have been transformed.

The site has an address of 721 Gallatin Pike S. and is home to a 250,000 square-foot shopping center. It will be rebranded as Madison Town Center.

The Corcoran-Maddox Companies has enlisted Hawkins Partners Inc., which would handle marketing and leasing, and is working with Metro Councilmember Nancy VanReece, in whose District 8 the property sits, and Metro Planning Department staff.

The site was identified by Nashville Next as a high priority for improvement of public spaces, transit support and future growth. The release notes the site will be designed as a “walkable, livable, affordable community offering new and diverse housing choices and a related mix of supportive uses.”

In the 1950s, Green Hills and Madison Square shared similar tenants, including Levy’s and McClures.

“We’ve been listening to the Madison residents and business owners and encourage their vision for this vibrant, diverse community,” Corcoran said. “While Madison Square was originally considered the sister development to Green Hills, we fully expect it to surpass that vision. We will learn from what Green Hills is today and develop an even more vital environment.”