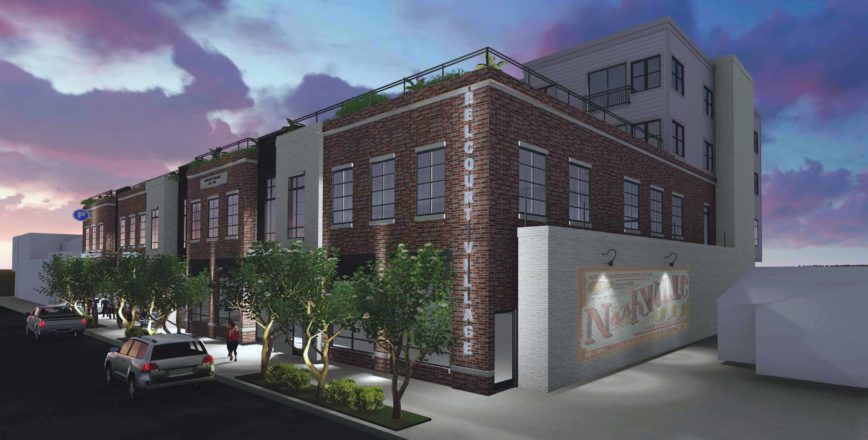 By Nashville Business Journal on February 23, 2018

Newly filed public records show that Nashville’s Pinnacle Bank (Nasdaq: PNFP) is loaning more than $23 million toward Belcourt Village, the name of the project Elmington Capital is developing. The four-story building will be located at 2111 Belcourt Ave., on what’s today a parking lot across from the Belcourt Theatre, behind restaurants and retailers such as Hopdoddy Burger Bar and Altar’d State.

Elmington Capital plans 28 residential units above the retail and office space. The company bought the property in 2016 for $8.3 million, including the retail spaces along 21st Avenue South.